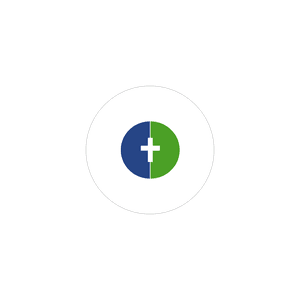 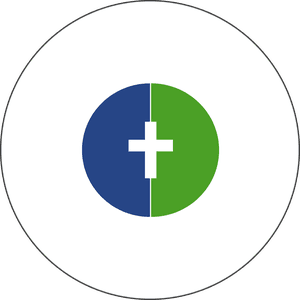 Thanks for joining us for worship today! If it's your first time visiting Friendship (in-person or online), we'd love to connect with you. Please take a minute to fill out a Connection Card below with as much info as you're comfortable giving us. Here you can let us know if you've made any decisions, need help taking a next step in your faith, or have any questions, comments, or prayer requests. We would be happy to serve you.

Get In Touch
WATCH LIVE STREAM

Listen to our weekly worship setlist

Listen to our weekly worship setlist

SCRIPTURE MEMORY VERSE OF THE WEEK

O God, you are my God; earnestly I seek you; my soul thirsts for you; my flesh faints for you, as in a dry and weary land where there is no water.

The Year of Discipleship

The Year of Discipleship

Worship together every 5th Sunday

Worship together every 5th Sunday

If you would like to worship the Lord through giving, you may give online at the link below, text to give (dollar amount to 803-232-7355), or in-person at the black boxes at the doors or at Next Steps.

Thanks for your generosity! Your giving is making a difference. 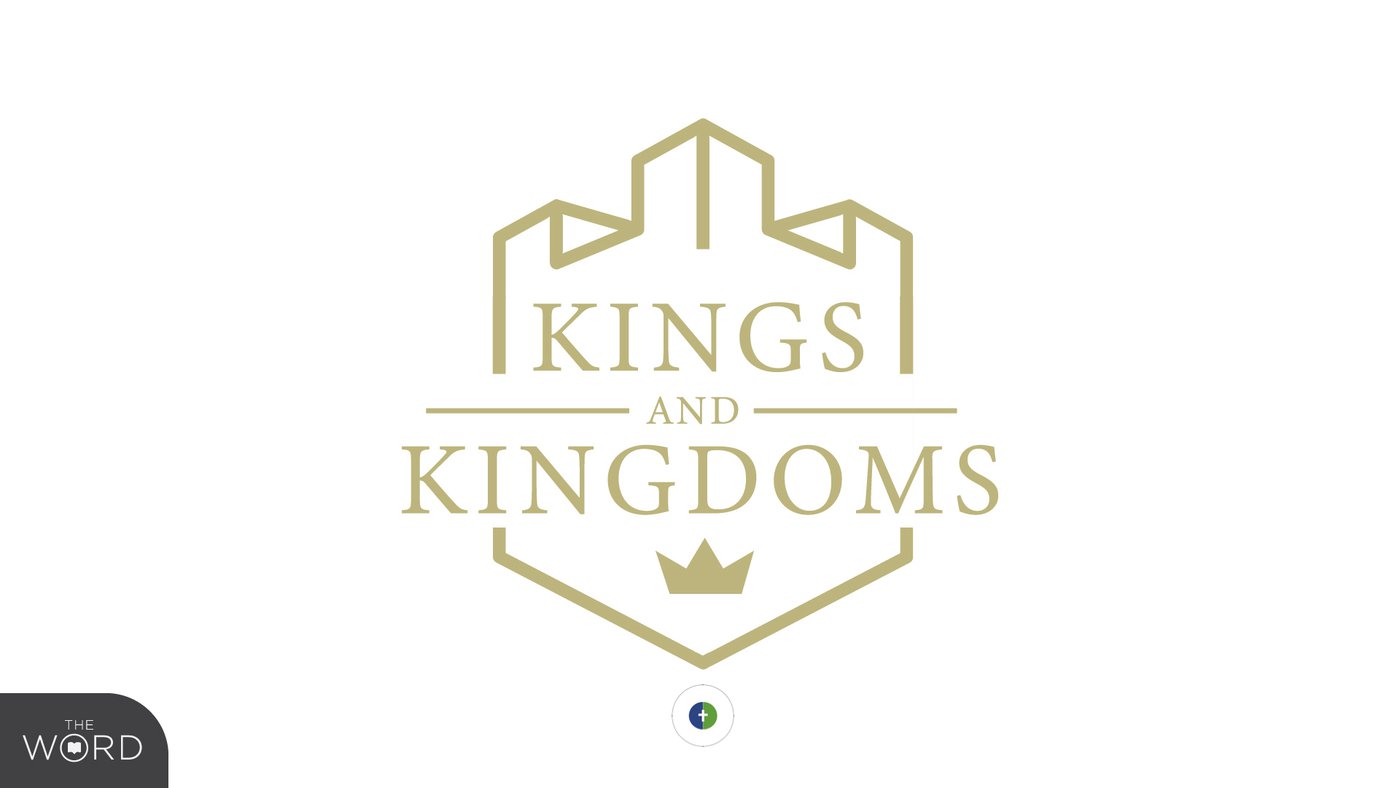 Sermon Title: Are You A Fence Walker or Fire Caller?

Who are the prophets?

Who was Ahab & Jezebel?

25 Omri did what was evil in the sight of the LORD, and did more evil than all who were before him. 26 For he walked in all the way of Jeroboam the son of Nebat, and in the sins that he made Israel to sin, provoking the LORD, the God of Israel, to anger by their idols.

28 And Omri slept with his fathers and was buried in Samaria, and Ahab his son reigned in his place.

30 Ahab the son of Omri did evil in the sight of the LORD, more than all who were before him. 31 And as if it had been a light thing for him to walk in the sins of Jeroboam the son of Nebat, he took for his wife Jezebel the daughter of Ethbaal king of the Sidonians, and went and served Baal and worshiped him. 32 He erected an altar for Baal in the house of Baal, which he built in Samaria. 33 And Ahab made an Asherah. Ahab did more to provoke the LORD, the God of Israel, to anger than all the kings of Israel who were before him.

“Meaning ‘lord, husband, owner,' Baal was the predominant god in Canaanite religion. He was the storm god who provided the rain necessary for the fertility of the land (time of drought/famine). The worship of Baal was widespread among the Canaanites with many local manifestations under various other titles… The worship of Baal had infiltrated Israel long before the time of Ahab. However, Ahab gave it official sanction in Samaria through building a temple for Baal. As David had captured Jerusalem (capital of southern kingdom, Judah) and his son Solomon had built a temple for the Lord there, so Omri established Samaria (capital of northern kingdom, Israel) and his son Ahab built a temple for Baal there.”

“According to Canaanite mythology, Baal was the son of El, the chief god, and Asherah, the goddess of the sea. Baal was considered the most powerful of all gods, eclipsing El, who was seen as rather weak and ineffective… The Canaanites worshiped Baal as the sun god and as the storm god—he is usually depicted holding a lightning bolt—who defeated enemies and produced crops. They also worshiped him as a fertility god who provided children. Baal worship was rooted in sensuality and involved ritualistic prostitution in the temples. At times, appeasing Baal required human sacrifice, usually the firstborn of the one making the sacrifice. The priests of Baal appealed to their god in rites of wild abandon which included loud, ecstatic cries and self-inflicted injury.”

1 Now Elijah the Tishbite, of Tishbe in Gilead, said to Ahab, “As the LORD, the God of Israel, lives, before whom I stand, there shall be neither dew nor rain these years, except by my word.”

24 And the woman said to Elijah, “Now I know that you are a man of God, and that the word of the LORD in your mouth is truth.”

1 After many days the word of the LORD came to Elijah, in the third year, saying, “Go, show yourself to Ahab, and I will send rain upon the earth.” 2 So Elijah went to show himself to Ahab. Now the famine was severe in Samaria.

17 When Ahab saw Elijah, Ahab said to him, “Is it you, you troubler of Israel?” 18 And he answered, “I have not troubled Israel, but you have, and your father's house, because you have abandoned the commandments of the LORD and followed the Baals. 19 Now therefore send and gather all Israel to me at Mount Carmel, and the 450 prophets of Baal and the 400 prophets of Asherah, who eat at Jezebel's table.”

And Elijah came near to all the people and said, “How long will you go limping between two different opinions? If the LORD is God, follow him; but if Baal, then follow him.” And the people did not answer him a word.

•The people fail to answer

And Elijah came near to all the people and said, “How long will you go limping between two different opinions? If the LORD is God, follow him; but if Baal, then follow him.” And the people did not answer him a word.

•Elijah challenges the prophets of Baal

22 Then Elijah said to the people, “I, even I only, am left a prophet of the LORD, but Baal's prophets are 450 men. 23 Let two bulls be given to us, and let them choose one bull for themselves and cut it in pieces and lay it on the wood, but put no fire to it. And I will prepare the other bull and lay it on the wood and put no fire to it. 24 And you call upon the name of your god, and I will call upon the name of the LORD, and the God who answers by fire, he is God.” And all the people answered, “It is well spoken.”

•The false gods fail to answer

25 Then Elijah said to the prophets of Baal, “Choose for yourselves one bull and prepare it first, for you are many, and call upon the name of your god, but put no fire to it.” 26 And they took the bull that was given them, and they prepared it and called upon the name of Baal from morning until noon, saying, “O Baal, answer us!” But there was no voice, and no one answered. And they limped around the altar that they had made. 27 And at noon Elijah mocked them, saying, “Cry aloud, for he is a god. Either he is musing, or he is relieving himself, or he is on a journey, or perhaps he is asleep and must be awakened.” 28 And they cried aloud and cut themselves after their custom with swords and lances, until the blood gushed out upon them. 29 And as midday passed, they raved on until the time of the offering of the oblation, but there was no voice. No one answered; no one paid attention.

•The one true God answers

30 Then Elijah said to all the people, “Come near to me.” And all the people came near to him. And he repaired the altar of the LORD that had been thrown down. 31 Elijah took twelve stones, according to the number of the tribes of the sons of Jacob, to whom the word of the LORD came, saying, “Israel shall be your name,” 32 and with the stones he built an altar in the name of the LORD. And he made a trench about the altar, as great as would contain two seahs of seed. 33 And he put the wood in order and cut the bull in pieces and laid it on the wood. And he said, “Fill four jars with water and pour it on the burnt offering and on the wood.” 34 And he said, “Do it a second time.” And they did it a second time. And he said, “Do it a third time.” And they did it a third time. 35 And the water ran around the altar and filled the trench also with water. 36 And at the time of the offering of the oblation, Elijah the prophet came near and said, “O LORD, God of Abraham, Isaac, and Israel, let it be known this day that you are God in Israel, and that I am your servant, and that I have done all these things at your word. 37 Answer me, O LORD, answer me, that this people may know that you, O LORD, are God, and that you have turned their hearts back.” 38 Then the fire of the LORD fell and consumed the burnt offering and the wood and the stones and the dust, and licked up the water that was in the trench. 39 And when all the people saw it, they fell on their faces and said, “The LORD, he is God; the LORD, he is God.” 40 And Elijah said to them, “Seize the prophets of Baal; let not one of them escape.” And they seized them. And Elijah brought them down to the brook Kishon and slaughtered them there.

HOW DO WE LIVE IN LIGHT OF THIS?

THE FUEL FOR THE FIRE

37 Answer me, O LORD, answer me, that this people may know that you, O LORD, are God, and that you have turned their hearts back.”

The fire of God falls in power so the people of God will fall on their faces in faith.

14 “And to the angel of the church in Laodicea write: ‘The words of the Amen, the faithful and true witness, the beginning of God's creation. 15 “‘I know your works: you are neither cold nor hot. Would that you were either cold or hot! 16 So, because you are lukewarm, and neither hot nor cold, I will spit you out of my mouth. 17 For you say, I am rich, I have prospered, and I need nothing, not realizing that you are wretched, pitiable, poor, blind, and naked. 18 I counsel you to buy from me gold refined by fire, so that you may be rich, and white garments so that you may clothe yourself and the shame of your nakedness may not be seen, and salve to anoint your eyes, so that you may see. 19 Those whom I love, I reprove and discipline, so be zealous and repent.

THANKS FOR JOINING US!

Thanks so much for worshipping with us today! If you're new to Friendship, or to God and church in general, please connect with us or check out any of the links below. We'd be happy to answer any questions you may have, pray for you, or serve you in any way we can.

Learn about who we are 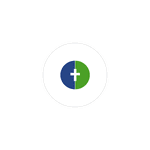 Helping others find full life in Christ, community, and mission